When it comes to car damage assessment, accuracy is critical. If you’re applying for an insurance claim or a used car inspection, you will need to take some photos or videos of the vehicle to properly assess the damages.

Usually, car damage assessment requires photographs as evidence. However, photos tend to be questionable evidence as it is often difficult to prove the authenticity of photos. There have been incidents when users use photos of multiple cars to make a fraudulent claim, or even photoshop photos to add damages to an undamaged car’s photos. So, when it comes to proving your car is damaged, or not, there is a need for a more concrete, irrefutable mode of evidence.

We live in the era of digital automation. Artificial Intelligence (AI) is constantly evolving and integrated into various sectors. Car damage detection is no exception to this advancement. 360-degree video capture is a more credible evidence method. When paired with AI car damage detection, it can often be a quick and easy process of assessment that eliminates the possibility of human errors.

Video-based car damage assessments offer several advantages over the traditional use of photos. They are also easier for AI to analyze for incongruencies or red flags that protect users and assessment centres from liabilities.

While video car damage detection has improved the assessment process, there are still several challenges from a user experience and technological point of view. These issues are often because of poor video quality or improper recording. Inspektlabs analyzed these problems and devised an AI-based car damage assessment app that ensures users get quality evidence for car damage detection.

Video evidence of vehicle damage is more accurate as it provides more detailed coverage of the entire vehicle. It is easier to differentiate between dent vs reflection, scratch vs mud marks, glass crack vs overhead wire reflection using video inspections.

2. Video-Based Evidence is Easier To Capture

Imagine the number of photos you would have to take to capture every possible angle of the car. Now, compare it to simply shooting a 360-degree video instead. Which method seems simpler?

Clicking 8-10 photos for car damage assessments can, on average, take around 2 minutes. On the other hand, recording a video for an AI-based car damage detection application takes only 30-45 seconds. Additionally, you will not have to worry about missing any perspectives or important details. The video will cover all areas of the car and include zoomed-in shots of the damaged parts.

A key issue when it comes to photo-based evidence in car damage assessments is the potential for fraud. Users could potentially edit photos to fake the damage on their vehicle, or combine photos of their car with a car that is truly damaged. Assessors often find it difficult to authenticate photos and therefore, they often ask for further evidence of the damage.

However, with a video that is shot at one go, such fraud is reduced significantly.  It is more difficult for fraudsters to manipulate videos. An acceptable video should be shot in one continuous walkaround, capturing multiple angles of the car, without any abrupt cuts or blank screens in the middle.

If a user finds themselves in a situation where their vehicle happens to be in a tight spot, the user might struggle to take a 360-degree video that is acceptable for car damage assessment. This is often the case when the car is in a parking spot or a garage. Under these conditions, recording the damaged section of the car can be a struggle that could frustrate the user.

Videos that are poor in quality can end up delaying the assessment process. It can take up to 2 hours for the assessors to manually review the video, before concluding that a clearer video needs to be resubmitted by the user to complete the assessment. By the time the user is made aware of this, they might still have difficulty in shooting a high-quality video. This whole process can be quite costly and frustrating when repeated often.

With our app, you get real-time guidance on how to optimally shoot a 360-degree video for car damage assessments. In this case, our AI-ML-based app identifies which regions of the car have been captured properly, which regions need to be recaptured, and which regions are yet to be covered. The aim is to provide users with the support they need when using video-based car damage detection. Users can rectify the errors as they record the video in real-time.

2. Recording Too Close to the Vehicle

Some users tend to record videos too close to the vehicle as well, which makes it difficult to distinguish which part of the car is displayed when watching the video.

Ideally, it is better to record videos for car damage assessment from 2-3 feet away from the vehicle. Zooming in is only required when coming across damaged parts or areas of the car. When covering other regions, the camera should remain zoomed out. However, users often face difficulty while making such judgments during the walkaround

With Inspektlabs’ 360 video car damage assessment app, you can overcome this issue. The user checking feature constantly analyzes the user’s movement to understand the distance between the camera and the vehicle. It ensures the user is standing 3 feet away from the car, the ideal distance when recording for car damage assessment. If the user gets too close to the car or zooms in, they are prompted with a message on-screen to move further away or zoom out.

3. Not Capturing the Required Details

When applying for a car damage assessment, the video you are recording will need to include the car’s chassis, license plate, odometer reading, and relevant documents. If any of these are lacking in the video then the video inspection may be rejected. The user will need to resubmit a video that includes the missing element, causing a delay in the whole assessment process.

Insurance firms, car rentals, car auctions, and authorized workshops require this information for verification purposes. The car’s chassis is used to identify the manufacturing date of the vehicle, while the license plate provides the location of registration. Hence, this information is vital for authentication in the car damage assessment process.

Inspektlabs’ app handles this issue by creating a wire-frame that the user uses as a guide while recording the video to include documents and the vehicle’s interior zones. Alternatively, there is a separate option to capture each specific information. As seen below, the app specifies which information needs to be recorded yet in order to complete the car damage assessment.

4. Moving the Vehicle Out of Sight of the Camera

Fraudulent videos are still a potential threat in video-based car damage assessments. A user could momentarily cover the camera lens, or keep the phone in their pocket in the middle of recording, before capturing a different car. The aim is to pass off a damaged car that does not belong to them as their own by switching the cars between the frames.

If a user attempts to record in a manner where the vehicle is out of the frame, it might be considered a red flag by assessors. Organizations that conduct these assessments might suspect foul play and ask to resubmit an inspection video with the vehicle in view at all times.

With Inspektlabs’ app, the AI ensures the car is within the view of the camera throughout the video while recording. If the user attempts to move the camera away from the vehicle, a prompt will pop up on the screen such as “please point your camera at the car”. If the user refuses to follow the prompt, the video will be rejected or the process of recording the video will restart.

5. Recording the Video Under Low Light

Situations of low lighting, such as nighttime, happen often while recording a video for car damage detection. It can be difficult to identify any underlying damage, or even parts of the car itself, in such an environment. Hence, claiming for damage or proving the lack thereof, can be difficult as the video does not offer much support under poor lighting.

The right environment for recording a video for car damage assessments should be in the presence of sufficient light. This can be achieved by ensuring there is enough sunlight or artificial lights to help distinguish various details on the vehicle. If the user intends to seek a claim, or sell their car for an auction, it is vital that these video-based car damage assessments are done as per the requirements of the assessment center.

Inspektlabs’ AI on the app is capable of recognizing when the video is being recorded in a low-light environment. Prompts like “please use proper lighting conditions” will be displayed to inform the user of the issue. As a real-time guidance app, the AI may even suggest the use of the smartphone’s flashlight to assist the user while recording. This ensures that the vehicle is completely visible, along with any damages it may have.

Blurry videos do not offer sufficient clarity when it comes to vehicle inspection. Users could potentially record the video out-of-focus, which makes it difficult to ascertain any damage on the car. Even if only a few shots are blurry, the whole video would need to be re-recorded so that it can be submitted for video-based car damage assessment.

Users are not able to focus on their smartphone screen as well as their immediate environment around them at the same time. This leads to them often missing frames that are being recorded out-of-focus.  This could easily be caused by unsteady hands, or the constant motion of the camera.

When recording manually, users are left to their own judgment to record a vehicle inspection video. Users also often lack the experience and the knowledge that would help them take the video under the ideal settings.

Inspektlabs’ AI assesses the blurriness index for each frame that is being recorded for the video-based car damage assessment. The real-time guidance app prompts the user when the camera goes out of focus, or if there is a constant movement that may cause blurriness. The app ensures there is complete clarity with every frame in the video.

The app also uses multiple sensors present on your device. This ensures the user is recording the video in an appropriate manner: with steady hands and movements. The app protects users and assessment centres from potential fraud and manipulations intended through the recording.

Compared to the typical use of photos, video-based car damage assessment is a far more accurate, efficient, and effective method of damage detection. Inspektlabs has specially designed an AI-based 360 video recording solution for the convenience and satisfaction of users looking to have their vehicle assessed.

With Inspektlabs’ AI-ML integrated application, you can easily record a video and have a car damage assessment conducted within a few seconds. It also provides real-time prompts and feedback to help you record under optimal conditions, to make sure you capture a high-quality video every time. 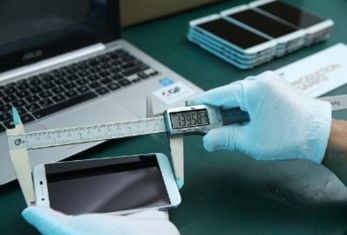 Inspektlabs automates manual cellphone inspection through a screen crack detection app. The app records videos and images captured by the customer and analyzes them to identify damages and label them. 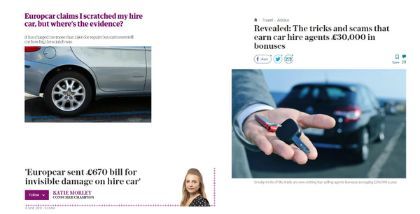 As the technology matures further, the feasibility across use-cases is expected to increase significantly and thereby, increasing the adoption of AI based car inspection solutions across use-cases over the next few years.